The story of Koneanti Oy

Over the years, Mr. Antti Mäkiniemi has been asked many times to sell various machines, from mopeds to tractors. Antti’s interest in machines and equipment has always been tough since he was young. Antti saw up close how the owners of the machines in close circle lost a lot of money in trading their machines with dealers or selling the machines along traditional routes.

Antti came up with an idea of ​​why no one offers to machine owners an alternative machine sales service and purchase service. Antti decided that if no one starts taking care of the matter, he should start doing it himself. This gave to him the idea of ​​offering producers, with good customer service, an alternative machinery trade on a producer-to-producer basis.

Antti also decided to ask Mr. Joni Rantanen about joining the company and he was with him right away. Joni also bought the idea based on his personal experience and understood that there is a need for the service. The company was seriously considered and built in the spring of 2020 and at summer company was already founded.

Providing genuine down to earth service, 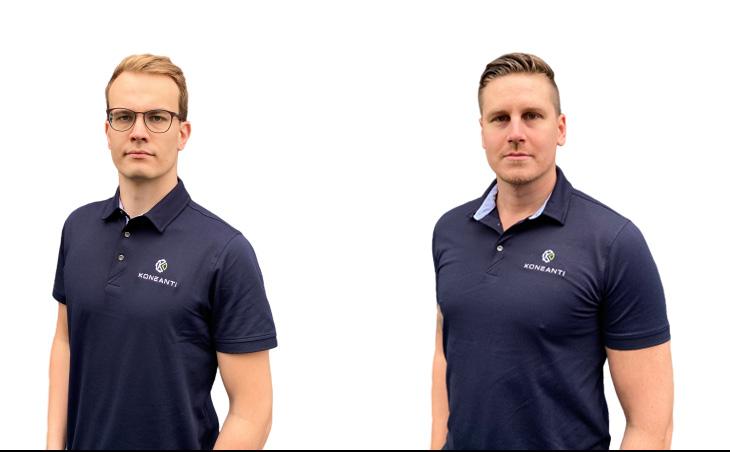 When did you first drive a tractor?

”After I was able to reach to pedals and steering wheel at the same time, only then I drove the tractor. (If sleeping on the floor of the tractor is not counted for driving)”

What added value do you bring to serving producers?

”I’ve always wanted to be with people and machines, and in this work they actually come together. I have worked on a variety of machines, in addition to that I also sold them. A down-to-earth approach to all things gives the capability to act in any situation.”

”Do it right at once! so you don’t have to do it second time!”

When did you first drive a tractor?

”When I was about 5 years old, I steered the Ford 5000 at the hayfield while others threw the square bales aboard. (I didn’t have rye on the wrists yet)”

What added value do you bring to serving producers?

”Personal experience of a young person from agriculture, forestry and machinery. Adult work experience in the manufacture of agricultural machinery, foreign trade and contracts guarantee an understanding and an idea of how to make the service as effortless and functional as possible. In addition, I always receive feedback on how we can serve better.”

”Properly, but not seriously!”